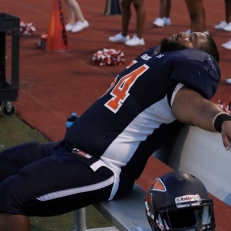 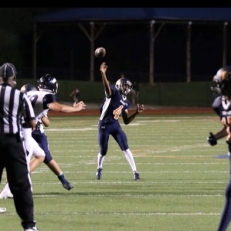 Heartbreak after heartbreak. The North Springs high school football team currently have a 2-7 record. The worst start for the school in 3 years. This team is not a team that lacks skill or talent, yet it is a team that just doesn’t seem to know how to finish the job against opponents.

Before the crushing defeat of 26-7 against Maynard Jackson high school, they hadn’t had suffered a loss greater than 10 points. They have lost close games of 49-39(Fellowship Christian), 39-32(Denmark), and 39-34(Carver). All of these games really were determined by minor mistakes in the fourth quarter of each game. Last weekend they lost against Banniker 25-7.

The Spartans aren’t giving up on the season just yet. They won their first region game and home game homecoming against Grady high school vanquishing the Knights 42-28.

The team’s defense also looks too be stepping up. They finally held a team to under 30 points and they need to step up in a big way to stop the upcoming region opponents they have. This defense had 16 total takeaways in 7 game and 3 blocked extra points.

While things look rough for the Spartans, as both the starting quarterback, Aaron Bell and back-up Buck Olsen were both injured during these losses, but now they’re back. This is still bad for team that has 1886 total yards of offense. 994 of those yards come from passing which is more than 50%. Coach Scott Parker has to find other options for offensive fire just in case of another worst case situation. 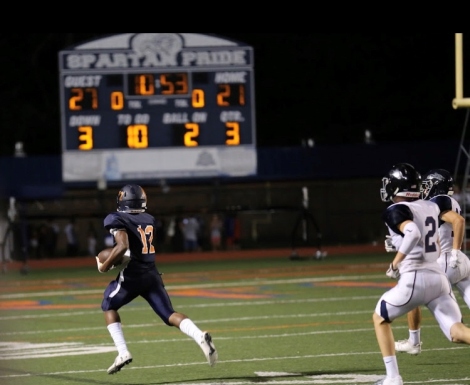 Even with the odds against the team, it’s important to remember that its success doesn’t hinge on one person and that’s a point of emphasis that players and coaches are making. “We are… Spartans, We will… fight, We never… surrender.