A classroom video project by NSHS Audio/Visual instructor Aldo Bacallao–originally intended as a playful parody of classroom conduct for the North Springs News broadcast–has exploded into a full-blown phenomenon on YouTube. The video has been viewed 170,220 times with 46,000 “likes” and only 94 “thumbs downs.” The Oracle caught up with Mr. Bacallao and talked to him about the creation of the video and becoming an overnight sensation.

The Oracle: What inspired you to make the video?

Mr. Bacallao: My students inspired me to make the video because of all the silly things they’ve done throughout the years. 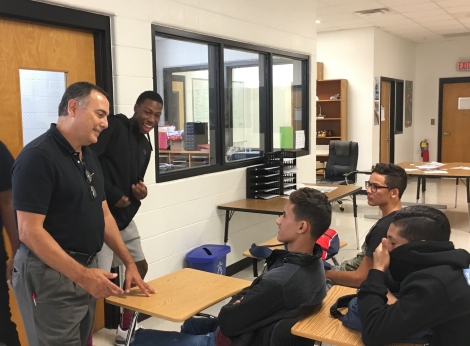 Mr. Bacallao brainstorming with his class.

The Oracle: What were your original intentions when planning to make a video like that?

Mr. Bacallao: Just to put it on the news as just something funny, something entertaining.

The Oracle: Did you expect the reaction you received when you posted the video?

Mr. Bacallao: No not at all, I didn’t think it was going to go viral or crazy like this.

The Oracle: Were the teachers eager to participate when you told them what you were making?

Mr. Bacallao: Yeah, a lot of them wanted to. In fact, there were some that couldn’t make it because they either had a prior commitment or they realized they had a doctor appointment or something like that, but they all wanted to do it.

The Oracle: Were the other teachers in the video involved in the creative process as well?

Mr. Bacallao: For the most part I came in already with a script and what to do, and they added to it. It was like, ” All right; we’ll go with that.” So yeah, they did.

“Can I borrow a calculator?”

The Oracle: Did any students help with the production of the video?

Mr. Bacallao: The one I have on YouTube participated and I had another student as a camera person who also helped me with the sound. [The students and staff involved are credited at the end of the video; click the link above].

The Oracle: Have you received any comments about the video from teachers at other schools?

Mr. Bacallao: Yes, I’ve seen the comments on Facebook that say they all can relate or “Oh, those are my kids!” 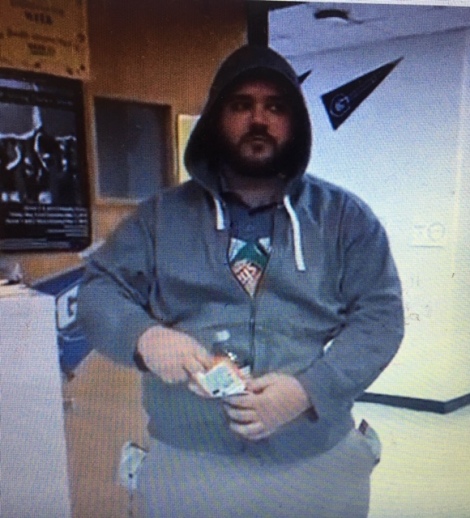 “I needed to see my counselor.”

The Oracle: How do you feel about it being used in homeroom as a PROS lesson on how to act in class?

Mr. Bacallao: It’s funny, because the “teacher” on that video, Logan, is in my homeroom, and she said, “Hey, did you ever think that your video was going to be used as an instructional thing?” And I said, “No, that was not my intention at all,” but I guess somebody else was creative about it and used it as that. Kudos to her.

The Oracle: Will you produce any more videos similar to that one?

Mr. Bacallao: Yes, I want to. I have like about three of them already in my head. It’s just a matter of having time to do it. 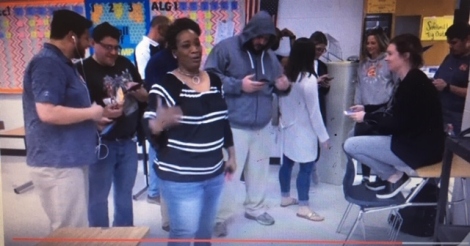 The Oracle: What can North Springs expect from your department next?

Mr. Bacallao: I feel we can’t do part two because it might not work or be as funny.  People might say, “Hey that’s a disappointment.”  But I’ve got some stuff in my head that I’ll try, and of course if it doesn’t work, we wont do it. 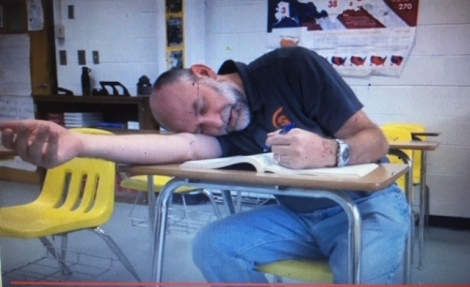 No sleeping in class!