Veneuzuelans face crackdowns on Social Media for posts that Americans take for granted. Here’s what’s happening and why. 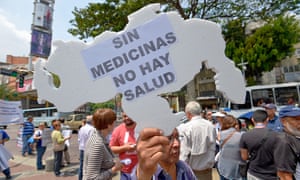 Americans seemingly use social media without worry or thoughts about consequence about what is posted. By contrast, Venezuela, a country ravaged by violence and a dangerous government, platforms such as Twitter are utilized at great risk.

More specifically, National Public Radio recently brought to light the story of a man who risks so much just to get pharmaceuticals to sick civilians. Going by the name Guillermo, he tweets prescription needs for friends and strangers alike with hope that someone will assist them by providing the medicine needed. Another Twitter user who works for a pharmacy, named Rojo, retweets “someone looking for methotrexate, for arthritis. ‘We don’t have this,’” he announces. ‘Please retweet.’” (NPR News).

This is dangerous work: the constant threat of people trying to help others through the mas communication of social media being shut down by the government leads workers to use fake names. Speaking about his family, Guillermo says, “someone I know, or who knows my family, could kidnap them. Just because of a picture. Because they might think that I can pay a ransom of thousands of dollars.”

For, for the men and women risking so much to bring medicine to those at home in Venezuela, the job may not be worth the dangers they endure. Problems such as how closely the government watches its citizens and the uncertainty of if they are already proctoring social media have been exposed by escaped citizens of Venezuela, but the specific issue of cost versus benefits to those who are helping, such as Rojo and Guillermo, is the true concern.

Although most people who comment on this topic are unbiased, this is a very subjective controversy. To focus empathy on the Venezuelan public is what the majority would do, but NPR News unveiled the plight of those who are continuing to risk the safety of their family and wealth to bring health back to the struggling country.

While the government thinly masks the illness and destitute of its country, good Samaritans push past the heavily monitored aspects of life to help those in need. Sadly, these people are in constant danger. Say Guillermo,, “For [me], social media is more dangerous than it’s worth.” According to the 2017 Corruption Perceptions Index, Venezuela is the 169th least corrupt nation out of 175 countries. The devastating part is that the danger doesn’t even emanate from controllable crime of the public, but from within the deep recesses of the shaded government.

For those with family, one would consider that philanthropists and risk takers such as Rojo or Guillermo are jeopardizing more than they should. To fully fix the issues in Venezuela it would take the help of huge organizations such as the United Nations, so why would defenseless individuals with so much to endanger put themselves in harm’s way to fight a fire greater than they can handle?

Many of these social media saviors persevere with their posts out of empathy or guilt. Rojo, whose encounter with someone in pursuit of antidepressants led to a phone conversation in which that person mentioned suicide as the only option if they couldn’t find their needed prescription. These subjects can inspire organizations to take the fight against the Venezuelan government to the next level: the suppression of people with needs and in great poverty will just dig a bigger hole. With every tweet that these individuals send out, they are risking so much. These men who put so much in peril to help others may conclude that it is not worth the danger, and soon they might log off Twitter forever.