Dr. Ruiz has made major changes to the student government system this year which now includes 10-12 representatives per class along with the officers in the senate and a strong decision making role for clubs.

The new student government will be divided into three branches: the senate, the house of representatives, and the SLA. The senate consists of all the class and student body officers, i.e. the presidents, secretaries, treasurers etc. The house of representatives consists of the 10-12 representatives from each class who applied and were approved by the school administration. The final branch is the SLA group which consists of the club members who were chosen to represent their respective clubs. These three branches make up the decision-making group for our new student government system.

A leadership class for the officers is offered in seventh period now with activities that include many of their already present duties, “They’re planning for homecoming, planning for pep rallies, planning for spirit week, for red ribbon week…” Dr. Ruiz elaborated on. A major facet of the curriculum will be learning from Robert’s Rules of Order which intends to set guidelines for how to have a deliberate assembly. This will come in handy as Dr. Ruiz says we will have, “An auditorium full of a hundred kids, the senators, the representatives, all the SLA contacts; and student government will be presiding over there…” For a new level of in depth student leadership. At these meetings decisions for events like spirit week and homecoming as well as various smaller plans will be made by the senate (officers), representatives and club representatives in various branches to be sent up through the ranks of the school’s administration to be approved finally by Dr. Ruiz and quickly made a reality by the students in this association. 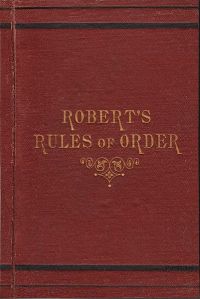 Dr. Ruiz has made these large changes mainly to get more students involved in event planning and actually making the events happen as well as to prepare the members of student government for the challenges ahead in professional settings as well as college student governments. Langston Michael, our student body president who has been on student government in some capacity since his freshman year, seems to think these changes are certainly improvements, “I think it will be an easier way to communicate, because that was one of our problems in previous years. I think this new structure that Dr. Ruiz is implementing will help with communication.” He said optimistically after describing his hopes to utilize committee structures to effectively spread out work and maintain clear goals and roles for the government members.

The new set up for student government will paint in people’s heads a picture not of student government but of actual government running a micro-nation. The branches conjure images of congressional meetings to discuss bills and the committees bring to mind actual congressional committees pondering the pros and cons of some new agricultural legislation. These changes have increased student government size exponentially and have hopefully done the same for its effectiveness, we will see in the coming weeks as homecoming approaches and the new system is put to the test at its first meeting.